Digging foundations for temples or schools, harvesting rice in paddy fields: these are some of the ways that the decaying remains of Vietnam War victims still turn up, 40 years after the conflict ended. Now an effort has begun that will use smart DNA technologies to identify the bones of the half a million or more Vietnamese soldiers and civilians who are thought still to be missing.

It is the largest ever systematic identification effort; only the identification of more than 20,000 victims of armed conflicts in Bosnia and Herzegovina during the 1990s comes close. “When I was a 21-year-old in the medical corps there, I never imagined that such a project could ever become possible,” says Vietnam veteran and genomics pioneer Craig Venter, head of the J. Craig Venter Institute in La Jolla, California. “We thought of body counts as statistics — now, decades later, it may be possible to put names to them.”

Although the United States has repatriated and identified most of its war dead, Vietnam has so far identified just a few hundred people, using outdated techniques. Yet people in Vietnam remain desperate to acquire the remains of family members.
A few years ago, the government responded to their plight and asked the Advanced International Joint Stock Company (AIC) in Hanoi to investigate how best to proceed. The AIC consulted medical-diagnostics company Bioglobe in Hamburg, Germany, on how to equip the Vietnamese labs and train their scientists. In 2014, the Vietnamese government announced an investment of 500 billion dong (US$25 million) in the project and said that it would upgrade its three existing DNA-testing centres.

This was great news, says Truong Nam Hai, head of the Institute of Biotechnology at the Vietnam Academy of Science and Technology, which hosts the first DNA-testing laboratory to be upgraded. In the 1990s, his institute proposed plans for identifying the missing, he says. However, “due to difficult circumstances at the time”, these did not take off. 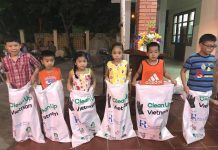 BREAKING VIETNAMESE NEWS: US Navy in The East Sea

BREAKING MALAYSIAN NEWS: $4BILLION May be Missing from 1MDB Fund