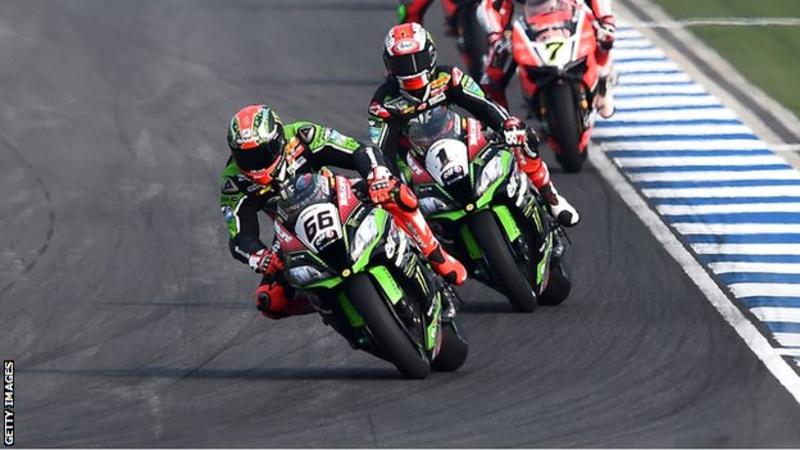 Tom Sykes ended Kawasaki team-mate Jonathan Rea’s winning streak by taking victory in race two at the second World Superbike round in Thailand on Sunday.
The pair fought out a race-long battle, with the Yorkshireman crossing the line with less than two-tenths of a second to spare over the reigning champion.

Rea, 29, had won the opening two races in Phillip Island and took the flag in Saturday’s race one in Thailand. The Northern Irishman leads the series on 95 points, with Sykes second on 66. Honda rider Michael Van Der Mark lies third on 65 points, with Ducati-mounted Welshman Chaz Davies fourth on 55, ahead of the next round at Aragon on 1-3 April.

Sunday’s race turned into a titanic scrap at the front, with Rea getting in front on the final lap, but an error allowed Sykes to move back past with five corners left. The former world champion was able to defend his lead until the chequered flag, with Davies completing the podium and Van Der Mark fourth. Rea won the first 20-lap race of the weekend at the Buriram circuit, coming home two-tenths of a second ahead of Sykes, with Van Der Mark third