Vietnamese authorities have sentenced an Australian man to 20 years in jail for trying to send drug precursor chemicals through the post. Nguyen Ly Toan, 39, was arrested in July 2013 after Vietnamese customs agents discovered the chemicals in a package bound for Australia. Vietnamese English-language media said the chemicals were in a parcel destined for Toan’s wife in Australia. In legal documents reported by Than Nien News, Toan claimed he had been hired by a man only identified as “Tuan” who offered to pay him $10,000 to smuggle “illegal stuff” from Vietnam to Australia.

Toan denied knowing the contraband was a precursor drug. According to the reports, Toan travelled to Vietnam in July 2013 in an agreement with Tuan. He received the chemicals disguised as pancake powder and seasoning powder from an unnamed contact. Toan allegedly packed the chemicals in with food and seasonings purchased in Vietnam for his wife. He had also called on Vietnamese friends to forward the parcel to his wife in Australia but Vietnamese customs officers discovered the banned substance. Precursor chemicals play a key role in the production of methamphetamine-type stimulants such as ice. 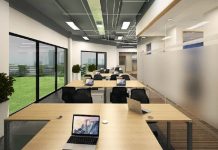 Democracy in Malaysia is more troubled than many previously thought